What Can You Put in a Hired Mini Bin?

Home What Can You Put in a Hired Mini Bin?

When you hire a mini bin, you can’t treat it like you’d treat a bought bin. Mini bin hire companies have a list of things they do and don’t permit in their hired bins, and disregarding their rules will lead to extra charges.

Most mini bin for hire companies in Adelaide tend to have the same things they don’t want in their mini bin. So, once you know the general things you shouldn’t put in a hired mini bin, you’re good to go.

Here are some things you can and can’t put in a hired mini bin.

You can dump general waste you produce in your home in a hired mini bin. Food scraps, used cans and bottles etc., are some of the things you can place in your mini bin. They’re not hazardous and are generic waste.

If you work from home or plan to hire a mini bin for your office, you can dump paper, folders etc., into your mini bin hire.

The waste produced in the garden or landscape is classified as green waste because they’re organic and decompose. Soil, grass, stones, leaves etc., can be disposed of in a mini bin for hire. However, you should make sure the tree branches you put in a mini bin shouldn’t be too long, so they don’t break the sides of the mini bin.

Asbestos waste is highly toxic and can contaminate any mini bin hire it’s put in. The asbestos fibres can easily leak into the air and pollute it. One of the side effects of exposure to asbestos fibres is lung cancer and other respiratory diseases.

The disposal of asbestos is usually handled by professionals, so it should never find itself in a mini bin. Mini bin hire companies could get fined in Adelaide if asbestos waste is found in their mini bin, so they’d rather avoid it.

Never put any asbestos-containing waste in a mini bin you hire.

Liquid waste such as gasoline, engine oil, etc., isn’t permitted in mini bins. For example, disposing of gasoline in a mini bin should be prohibited because it’s inflammable and can easily catch fire. It can also seep out of the mini bin it’s poured in and contaminate the environment.

Scrap metal cannot be classified as waste because we can always recycle it. Most mini bin hire companies don’t accept metals because you can always take them to a scrap metal company.

Plus, the metal or electronics can poke the mini bins and destroy them.

Mini Bins is your number one plug for quick mini bin hires in Adelaide. You can call us or message us to know the waste you can’t put in our hired mini bins. 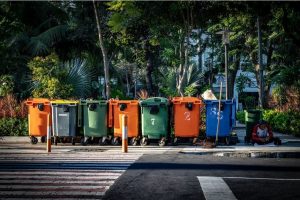 There are a lot of skip hire companies you can choose from in Adelaide. Each skip hire has what makes them unique and, supposedly, the 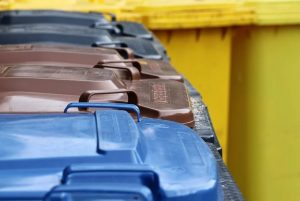 What issues are you having with skip bin hire in Adelaide? Firstly, if you’re encountering any form of stress with your current skip bin hire, 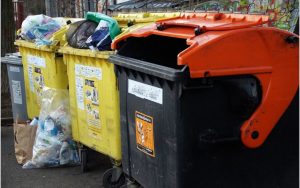 Before you buy skip bins, consider the size. Size is a significant factor in every skip bin hire; it has the ability to affect how 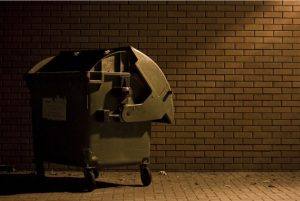 5 Things to Consider When Hiring Skips in Adelaide

Are you new to hiring skips in Adelaide? It’s a fairly straightforward process. However, there are bound to be some hurdles.  You need to cover